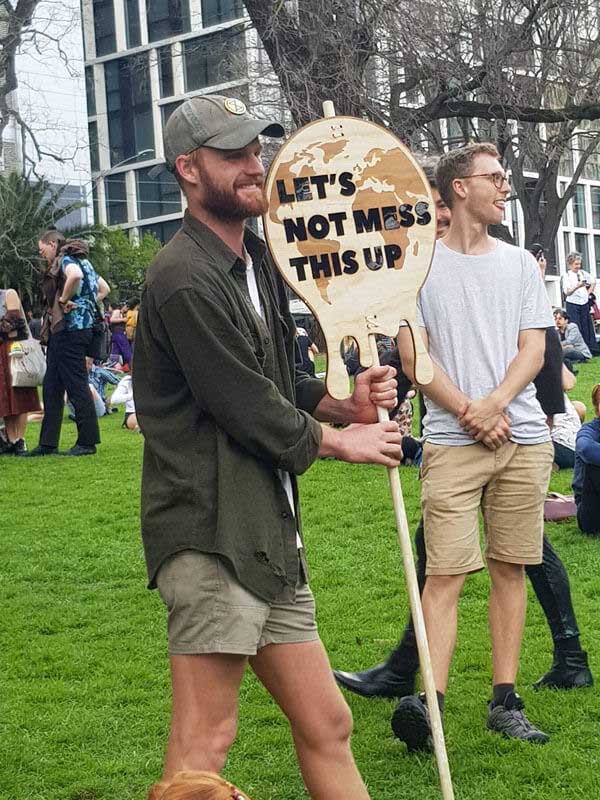 This October marks a year since the global wave of student strikes demanding action on the climate crisis arrived on the Australian shores.

Student strikes continued across the country last month and show no signs of abating. And with the facts of the situation as they are, that should come as no surprise. Globally up to 200 species are going extinct every single day.

Our students are growing up in a world without wildlife.

We have over 1,800 animal and plant species currently on the brink of extinction according to the Australian Wildlife Conservancy. On top of this, more than 10% of our 273 mammal species have already gone extinct since the European settlement.

Of course, the factors behind this are complex and not easily explained. However it is fair to say most experts would attribute it to a combination of habitat destruction, overexploitation, chains of linked ecological changes, and introduced species.

The first three of which are – to varying degrees – clearly interrelated with the climate crisis.

The Disconnect Between Kids and Nature is Growing

At Reptile Encounters we’re unashamedly on the side of the striking students.

Why? Because we believe that for every kid who gets familiar with the facts of the climate crisis, habit destruction, and overexploitation, the chances of positive action and conservation now and in the future will grow.

And in today’s Australia – where kids are less likely to have backyards, more likely to be wrapped in cotton wool, and more likely to live in density housing – bridging that disconnect between kids and nature is tough.

Kids, and their parents and grandparents for that matter, are spending more time in front of their screens. This has made it harder to build the bond between youngsters and wildlife; the bond that is key to them being interested in conserving our environment for generations to come. 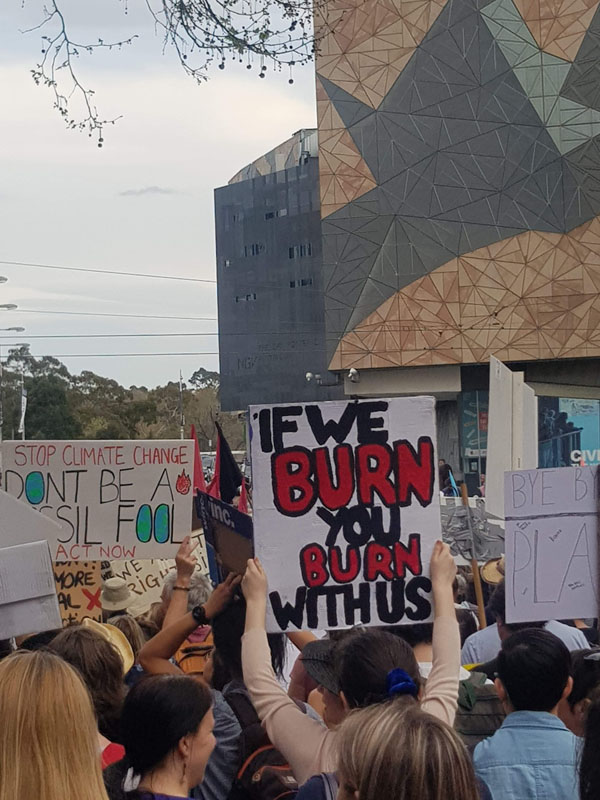 The Government’s Response Has Been Breathtakingly Dire

There is a staggeringly inane vacuum of thought, intelligence and policy on the climate crisis from the Government.

It would be a perfectly reasonable response to this ridiculous non-reaction from the Government to get angry, apathetic or melancholy.

But the lack of leadership from the top actually makes grass-roots movements and bottom up approach absolutely essential.

That’s because unless the Government performs a policy U-turn, which looks like a pipedream at least in the short to medium term, the climate crisis will only deepen.

In the sixth mass extinction, we’re being met by tumbleweed from the top, while our students show the way in terms of leadership, passion and action.

So, what can you do?

“Do what you can, with what you have, where you are.”
Theodore Roosevelt.

Your first battle is likely to be a mental one. Make sure you stay positive despite what can seem an overwhelming mountain that needs to be climbed to reverse the climate crisis. 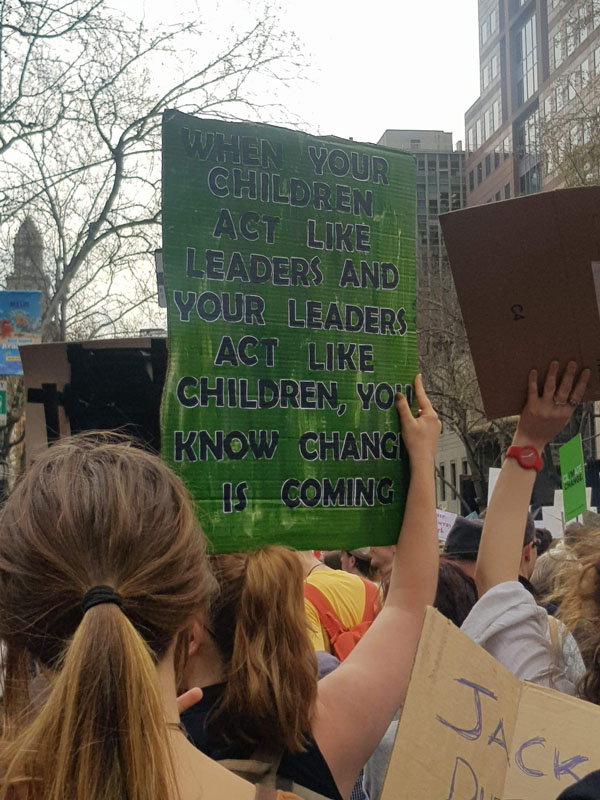 Joining a local, national or global movement to fight the battle and connect with like-minded people will help you to stay focused and positive. Harness that collective positive energy to raise awareness and inspire action.

Raise awareness of our incredible flora and fauna. Start by learning about them yourself, then introduce them to your friends, kids, co-workers and whoever will listen. Our school incursions are a great way to educate young people about nature in the school environment.

Support causes that promote the restoration of natural habits and the environment and the conservation of what we still have. Choose your causes widely, keep your ear to the ground for the latest news, and keep spreading the word.

Get out into nature with your friends and family and reconnect. Again this will help you stay focused on the cause and remind you why we need to fight for what we have.

Do your research and state your case in an open, polite and professional way to have the best chance of opening the dialogue you need to open their mind.

Good luck and stay in touch, we’d love to hear how you get on doing your part to fight for the right side in the climate crisis.

PREVIOUS Your child can be a Wildlife Ranger for a day next school holidays.
NEXT School Incursions Inspire Action
Happy Birthday to our awesome director, Josh! We

How cute is Gumnut??? If you want to meet Gumnut

You can learn more cool facts like this by joining

Check our home page for our booking site!!! See yo

Make sure you check out the Horsham Show off on Su