In today’s high functioning, highly social era, some people struggle from a young age. Learning how to cope with Autism is always a journey. Sam has travelled far on his journey since his school years thanks to animal therapy and the encouraging employees and volunteers at Reptile Encounters. 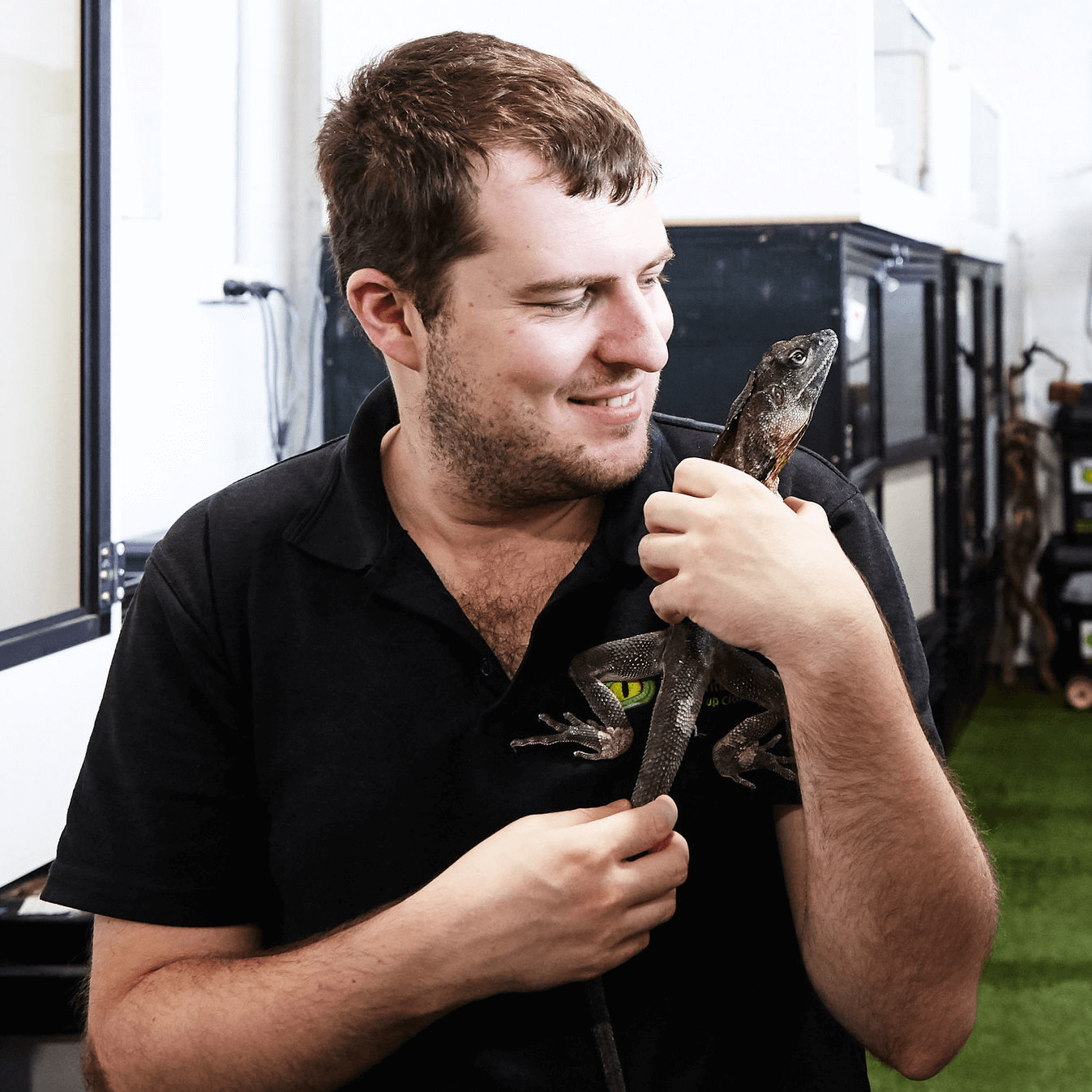 “I get to guide and mentor people like me, teaching them the way I was. I believe Pathways is about leading by example. “ – Sam

Sam is a high-functioning autistic adult who is thriving because of the path he found with Reptile Encounters. Before he began the journey with animal therapy and volunteering, Sam was depressed, withdrawn, and alone in his suffering. Even though the schools he attended were geared toward assisting autistic children, they felt more forced than welcoming and accommodating. Sam developed a fascination with animals from a young age, this then branched out into a love for dinosaurs and his ultimate passion for Godzilla and kaiju.

Once basic school was finished and the university chapter of his life approached, Sam felt like his strengths in Biology would help him get through life. University opened his social life, lessening the anxiety and depression, as he felt more in control of his own life. When he began the journey into studying Zoology at Deakin University, Sam felt the experience would assist in future endeavours. Thinking some hands-on experience would be beneficial, Sam searched the internet and found Reptile Encounters. And after inquiring, he became a volunteer.

Reptile Encounters was There to Help!

Once he began working with the Australian Wildlife at Reptile Encounters, especially the reptiles, things began to change for the better. Sam faced his challenges head-on and with determination and time overcame them.

Sam learned through his work how to read animal behaviours, and that included humans!
Interactions with peers and groups became easier. Sam found himself engaging in conversations rather than disengaging and redirecting the topic to fictional giant lizards. This development leaked into his everyday life improving his social life and his zookeeping skills.
Through Reptile Encounters, Sam has been able to develop not only socially, but he has improved his self-esteem, work ethic, independence, and adaptability. Sam has become a great asset to the Reptile Encounters team and can communicate better than ever.

Be like Sam and improve yourself through animal therapy!