Connecting to Nature with Podcasts

The world of podcasts is vast, eclectic, growing larger every day and yet for many people seemingly new, despite podcasts being around for 15 years. If you are new to this world, you may be wondering “what is a podcast”? The Merriam-Webster Dictionary defines a podcast as a program made available in digital format for automatic download over the internet. You could think of it as a cross between a radio show and Netflix. Podcasts are episodic; some release a season all at once for that binge-worthy hit, some keep you coming back for more by releasing a new episode every week, and some podcasts are bit more sporadic releasing an episode whenever they feel like it.

I started listening to podcasts about four or five years ago, when everyone was talking about Serial, “one story told week-by-week” by host Sarah Koenig. This true-crime story is gripping, each episode gives you more information, but also leaves you with more questions. It was a great introduction for me to the podcast world, a chance to consume independent content, to listen to meaningful stories, dive deep into the topics that interest me and broaden my horizons to the wider world.

With the podcast door now open, I was able to explore this content medium. When I couldn’t listen to the actual radio, I could listen to the podcast version of my favourite shows. I found tv show recap podcasts, who dive deep on what happens in my favourite tv shows; why characters do certain things, why the show runners made certain production choices, and predictions for what could happen next on screen. I have also found interview-style podcasts where I can hear the journeys of a variety of people, famous and non-famous, how got they to where they are, what struggles they’ve overcome, and why they do what they do. But as an animal scientist and Wildlife Ambassador for Reptile Encounters, I’ve found podcasts that talk about science, nature and, of course, animals are some of my favourite things to listen to. 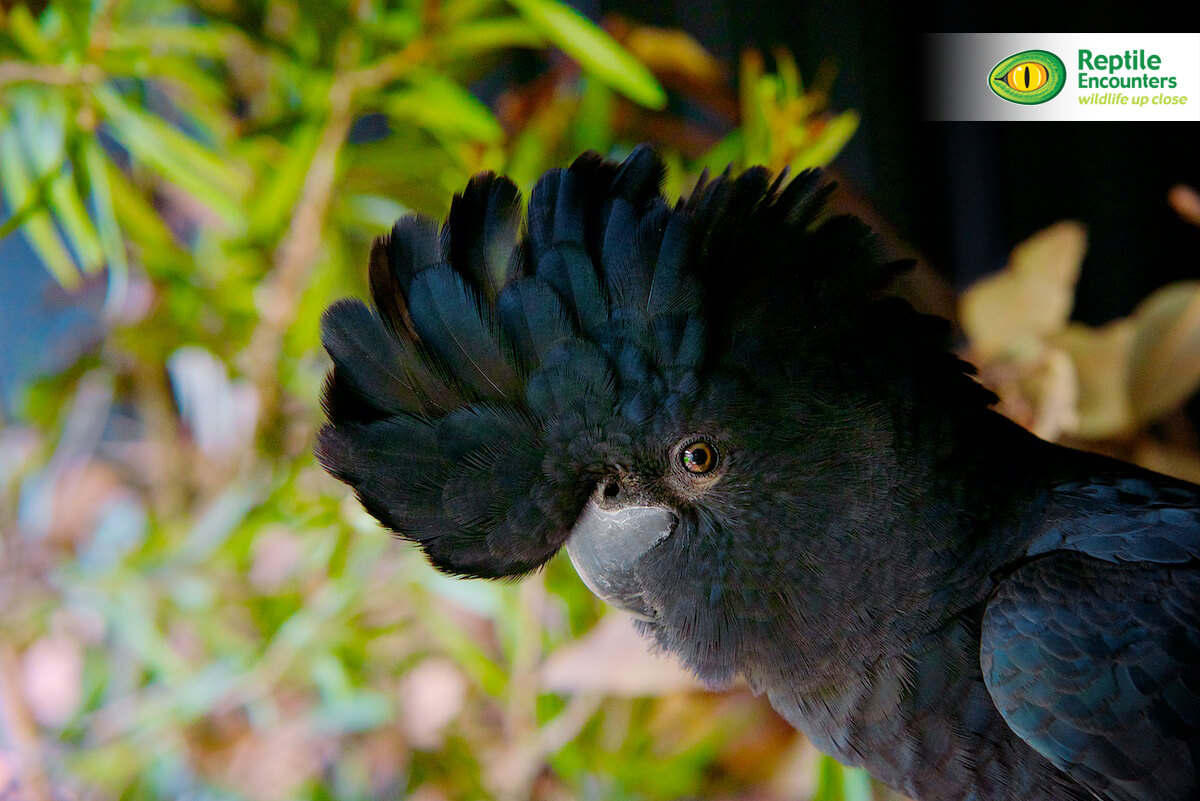 I remember searching for “animal” podcasts early on, and I came across Off Track which is the podcast version of an ABC Radio National radio show hosted by Ann Jones. Ann takes you on a journey to connect your ears and imagination with nature. Recorded outdoors, the sounds of nature are combined with stories of wildlife and environmental science. Through the Off Track stories I have metaphorically travelled to Western Australia to follow Orcas, to Tasmania to search for sapphires, and to undisclosed locations to rediscover the Night Parrot. Two of my favourite episodes are ‘The Colourful life of the Australian Magpie’ and ‘Cockatoo wail, fledge or fail’. The story of the Australian magpie gave me a real connection with these birds that I see everyday, but didn’t know much about. And I learnt that despite the annual negative media reports, very few magpies actually perform swooping behaviour. The Cockatoo episode hit very close to my heart, as Reptile Encounters is home to 3 Red-tail Black Cockatoos; Sammi, Samantha & Roman, who are ambassadors for their critically endangered cousins the South-eastern Red-tail Black Cockatoos which the episode focuses on. The story gave me more knowledge on the plight of the Red-tail Black Cockatoos, but also hope as with more scientific knowledge and community support, these gorgeous animals may yet survive the struggles they face.

Finding a connection to the natural world is critical to the health of the planet, and the health of humanity. BBC Earth recognises this, and produces stunning programs to show the majesty of our planet. Of course everyone is familiar with the outstanding productions narrated by Sir David Attenborough, but did you know BBC Earth has a podcast? Two seasons have been released, I only just discovered this podcast myself, and am half way through listening to season 1 and I’m really enjoying it. Each episode has an overarching topic, with immersive stories told by scientists and filmmakers about astonishing creatures, landscapes and the human experience. Season 1 of the BBC Earth podcast gives further insight to the stories featured on the tv series Dynasties. So far my ears have travelled to Africa and Antarctica, to the forest, caves and the ocean. This podcast is soothing and inspires your imagination by taking you to far reaching places of planet Earth.

Finding a connection to the wonders of earth is inspiring, but it is also important to be able to think critically. Thankfully there is a podcast that has been running since 2005 dedicated to science and critical thinking; The Sceptics Guide to the Universe, or the SGU. This weekly podcast really is “your escape to reality”. SGU host Dr Steven Novella and his fellow rogues Bob Novella, Jay Novella, Cara Santa Maria and Evan Bernstein bring you the latest developments in all avenues of science, from quantum physics to astronomy, from psychology to environmental science. They debunk conspiracy theories, teach you about logical fallacies and have fun learning and playing “Science or Fiction”. This podcast has opened my ears to the science and technology being developed that will help the future of humanity and nature. Whether it be learning about GMOs, and how these plants are providing key nutrients to people in need, or advances in battery technology that can be used for storage of energy from solar or wind. When I listen to the SGU I feel excited about the world of science, to think critically and consider all sides of a news item and learn new pieces of information that I would not have otherwise thought to read about.

Did you know some Reptile Encounters team members have also been guests on podcasts? Late last year Senior Executive Wildlife Ambassador Dan Mangano appeared on the Aussie Wildlife Show, hosted by Adrian Sherriff and Steve Crawford talking all things to do with Australian animals. Dan talked about his role of Wildlife Ambassador at Reptile Encounters, his love for lizards and his music, plus how he balances life on the road being a rockstar with life on the road visiting schools and inspiring students with some of Australia’s unique animals. To find this episode, search for the Aussie Wildlife Show, and look up episode 31.

Most recently Reptile Encounter’s Director Josh Cox was interviewed by Mark Spencer on the Climactic podcast. Climactic tells the stories of people making a difference, a value that Josh Cox lives his life by and one he hopes to inspire audiences to live by through the Reptile Encounters programs. Josh talks about the importance of connecting students with nature, by bring nature to the classroom. As the next generation will have to respond to the realities of climate change, the only way they will be motivated to protect animals and the environment is if they have a passion and love for it, and the only way they can develop that passion and love is by being exposed to the animals that live in their own country and need our help. To find this episode, search for Climactic, and look up episode 53.

Connecting with nature is vital for the health of individual people, the health of humanity and the health of planet Earth. By listening to the sounds of nature, the discussion of critical thinking and the actions of those making a difference, you too could be inspired to take a walk in the park, experience the beauty in the natural world and make choices that will not only benefit you, but also the people and world around you.

Off Track, BBC Earth, the Sceptics Guide to the Universe, the Aussie Wildlife Show and Climactic not enough? Here are some more animal and science podcasts to add to your playlist!

• 60-Second Science, by Scientific American
• Animalia, by Annie, Farley and David
• Fauna, by Zoos Victoria
• Look At Me, by Benjamin Law and Chris McCormack
• The Naked Scientists, by Chris Smith
• Science Vs, by Wendy Zuckerman
• Stemiverse, by Peter Dalmaris and Marcus Schappi
• Talk Nerdy, by Cara Santa Maria

PREVIOUS Reptile Encounters is a finalist in the 2019 Australian Small Business Champion Awards!
NEXT Sustainability in the Classroom
Is it just us or does Rex the Broad Shelled Turtle

The humble blue tongue lizard is a common visitor

We’re proud to announce we’ve been nominated a