5 Amazing Animals You Can Find in Rockpools

5 Amazing Animals You Can Find in Rockpools

Did you know that you can discover amazing animal species on your next rockpooling adventure? Rockpools are essential ecosystems for several reasons; they provide better survival chances for organisms that need to be submerged in water all the time. In addition, rockpools are also crucial in the development, growth, and production of most marine species. One of the joys of school or family trips to the beach is having beach activities like the fascinating rockpooling. Rockpools remain a thriving microcosm of most shoreline species, packed with exciting plant and animal species.

Lockdown is over, let’s get outside! Here are some animals you can find in rockpools at the beach.

Warning: Remember not to stick your hands in places you can’t see because some species are dangerous. 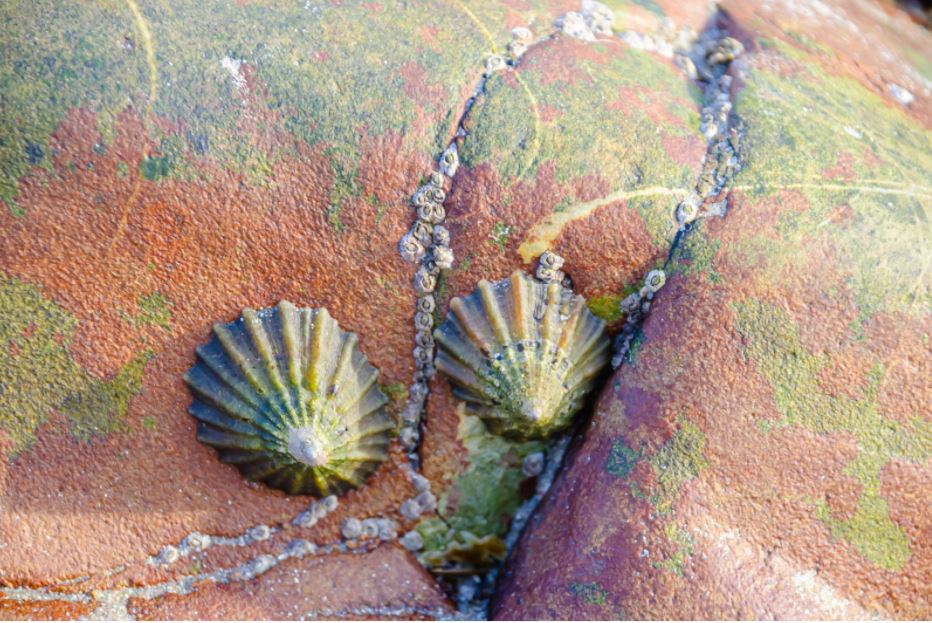 Limpets in a rockpool

Limpets are the rockpool VIPs or kings of the clingers, as they boast the most muscular muscle tissues of any animal. The limpets, holding on with about 75 lbs per square inch, tend to hide and graze seaweed seedlings along with algae on rocks using their sharp, rasp-like tongues.
The limpets are fascinating in that their shell shape is never definite. Their shell shape is affected by the wave flow, how stressed or relaxed they are, and how long they stay out of the water. A well-fed and relaxed limpet tends to have shallower contours.

Sea stars are perhaps the most iconic creatures of all the rockpool animals. Even though it may seem obvious when you look at them, sea stars are not fish; they’re echinoderms. They have five arms with white pimples, and they can measure up to 30 cm across.
They possess unique table manners; they push their stomachs outside their bodies to envelop and digest their meals. Sea stars are known as the garbage guts of the sea’s rocky shores because they eat anything that can fit in their stomachs. However, if need be, common sea stars can survive for several months without food.

The seaweed crabs lack mollusc-shell hideaways, so they resort to hiding in weeds, under the rocks, or in the shore sands. They’re the most common crabs found in rockpools, and they’re mostly juveniles. These crabs are masters of camouflage. They pick and grow seaweed on their shells to help them hide away from predators. They often change their seaweed ‘suit’ to match the particular seaweed they’re hiding in.

Another reason to consider rockpooling as one of your outdoor activities is exploring everything about this bizarre animal. When anemones are out of the water, they are strange mounds of reddish jelly that measure up to 5 cm across, resembling tiny red blobs. However, those below the waterline show an impressive crown of 192 sticky-tipped tentacles. The tentacles are arranged into six circles, which tend to wave and flutter inside the water.

Anemones can sting tiny prey as a self-defence mechanism, but they are harmless to humans. They can tolerate warm water and can also survive being dried out temporarily. The mouth is located at the bottom, and they eject live babies into the water on the rocks where they set up their homes.

A sea hare is basically a large sea slug and is named so due to its huge, protruding tentacles that resemble a rabbit’s ears. Whenever they sense an intruder, they release bright purple ink to help them ward off potential predators.

Now that the lockdown is over, people will be going to the beach, and we want them to keep in touch with nature. Rockpooling is not just a great way to enjoy and have fun at the beach; it also allows you to explore the hidden fascinating creatures of the sea and learn about your ecosystem. Contact us to learn more.

PREVIOUS Reptile Spotlight: All You Need to Know About the Growling Grass Frog
NEXT Celebrate World Snake Day With Us!
WIN an experience you’ll never forget! We’ve t