Who knew that one Australia’s most renowned footy legends had a massive fear of snakes?

After losing a bet that required him to face this fear, Jason ‘The Chief’ Dunstall, sat with our own legend, ‘Tiny’ draped around his neck, probably pondering how he managed to get himself into such a situation! 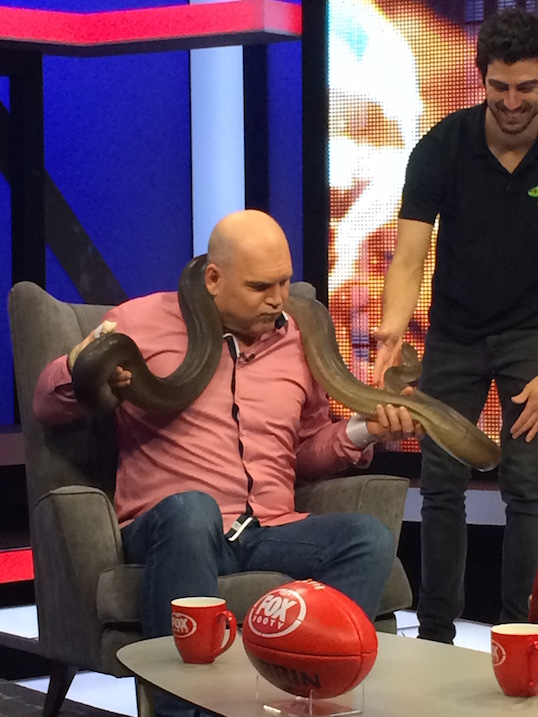 When The Chief met Tiny!

If you hadn’t guessed, Tiny is one of our enormous Olive Pythons, and along with his friend Olivia, and Josh, the founder of Reptile Encounters, managed to steal the show on Fox Footy’s ‘Bounce’, a few weeks ago. 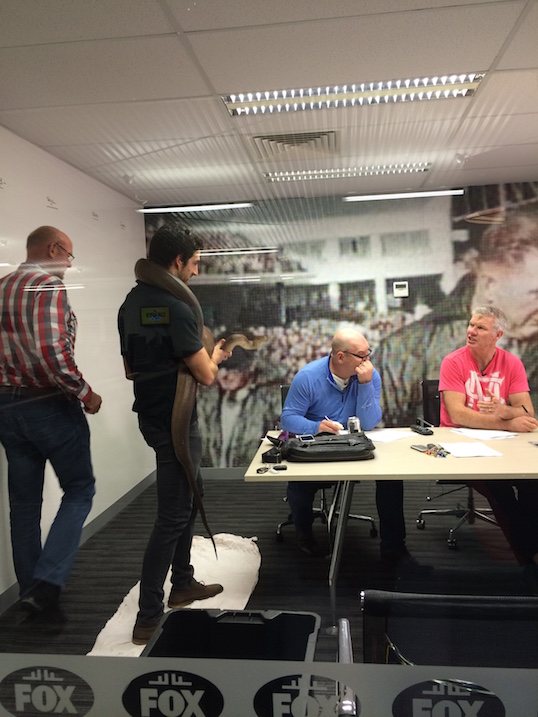 Jason meets Josh & Tiny for the first time in the lead up to Bounce!

Whilst we know that these pythons are harmless to humans, we don’t blame Jason for his nerves! The adult Olive Python can grow over 4 meters in length, making it Australia’s second largest snake. They are strong swimmers, often catching their prey from under the water. Did we mention that these amazing creatures count rock wallabies, monitor lizards and even crocodiles as potential meals! 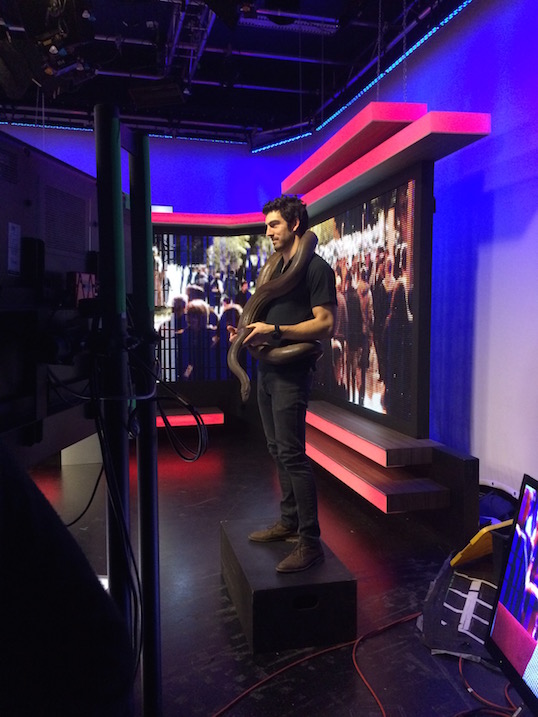 Jason was (understandably) initially wary of Tiny, but was quickly won over. He even let Tiny stick around for the entire show, giving him more airtime than many primetime talk show guests in years gone by! 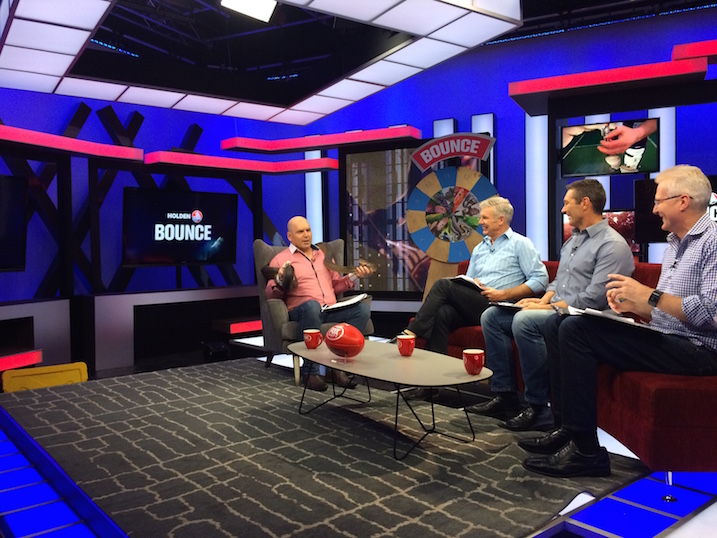 Interested in learning more about Reptile Encounters? We perform exciting educational shows for schools, corporates and birthday parties. Check out more information about our show, or contact us today!

PREVIOUS Reptile Encounters on Mix 101.1!
NEXT Can I Fly? That's Stretching It
Is it just us or does Rex the Broad Shelled Turtle

The humble blue tongue lizard is a common visitor

We’re proud to announce we’ve been nominated a